Please see examples of some of the Hydraulic Cylinder Accessories that Valley Hydraulics Ltd. can offer below.  Can’t see what you are looking for, don’t worry this is just a small selection of our capabilities please contact us to discuss your requirements further.

By using cartridge valve technology here at Valley Hydraulics we are able to offer a wide range of hydraulic valves that are integrated into the hydraulic cylinders. The valves are either fitted directly into cylinder components or housed in a valve block feeding into the cylinder via welded feed tubes. Not only does this give the customer a complete package and avoid the need for extra pipework or external valve blocks but it also provides a safer system as the valves are positioned as close as possible to the cylinder for the quickest reaction times. 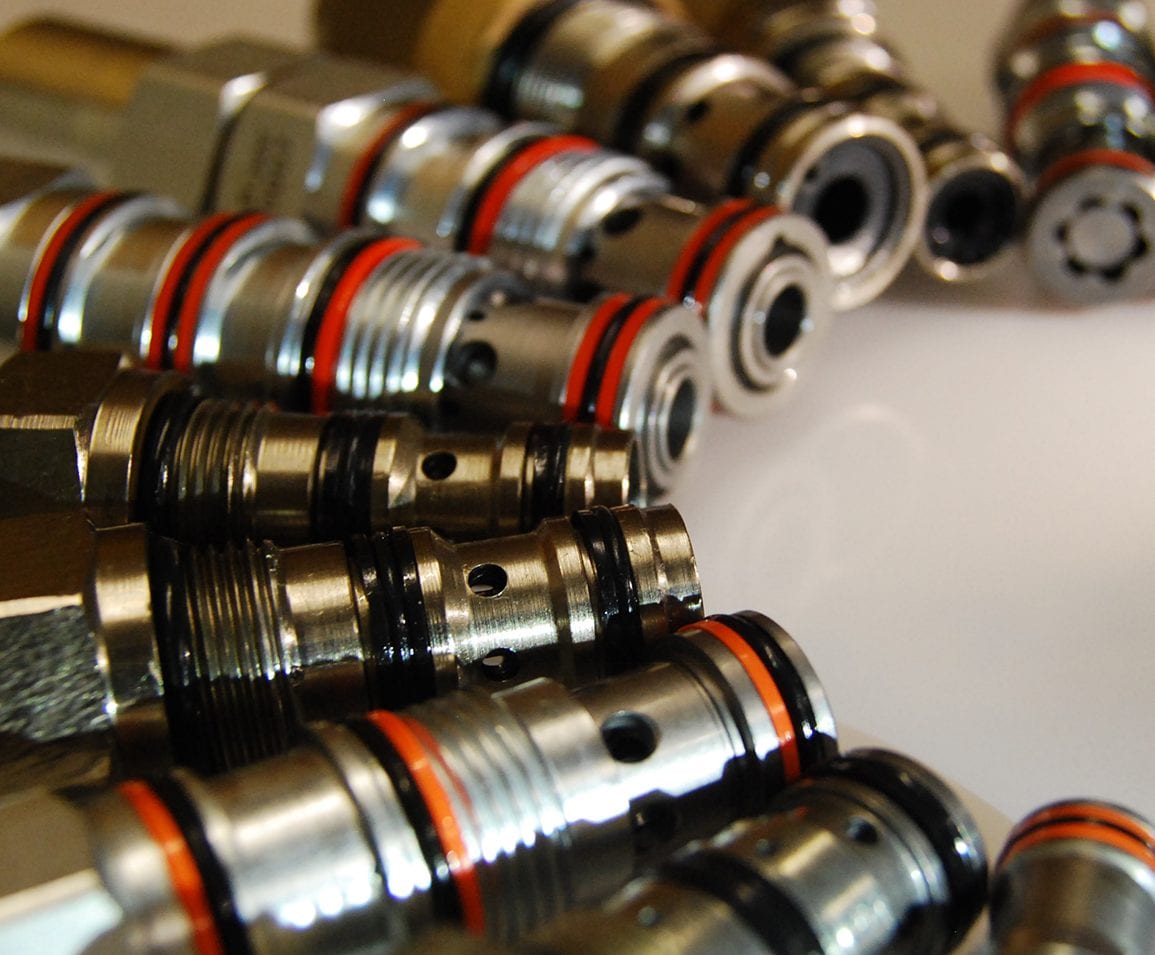 Very simple valves that are used as a safety device to stop the cylinder should an external hose fail. They are set slightly higher than the hydraulic systems flow rate, and should the flow rate rise to or above this setting then the valve closes, stopping the cylinder. These are always fitted directly into the cylinder feed ports.

Allowing free flow in one direction then blocking flow in the opposing direction, check valves are used to the lock the cylinder in position when the oil supply is cut. However, when the cylinder is operated in the opposite direction, in order for the oil trapped between the pilot operated check valve and the cylinders piston to escape a pilot pressure needs to be applied to open the valve. The pilot pressure lifts a poppet in the valve off its seat therefore allowing the oil to travel back to tank and the cylinder to move. The opening of the poppet by pilot pressure means the valve is either on or off (fully open or fully closed) so is not suited to some application requiring modulation; this is where an overcentre valve would be more beneficial. Pilot operated check valves are a cheaper alternative to overcentre valves and should only be used as a locking valve when control of over running loads or load release speed is not required. 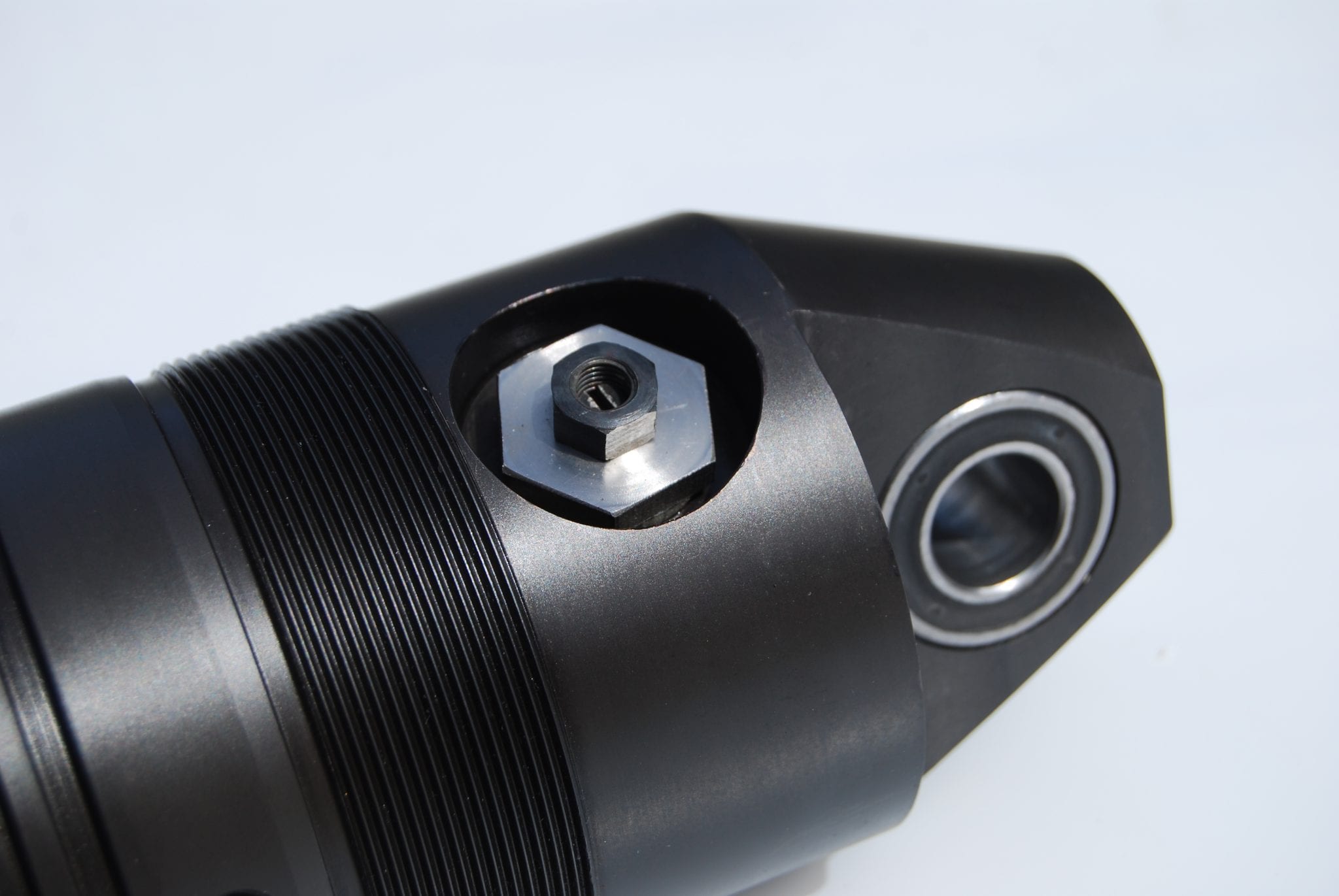 This provides a soft stop for the piston rod as it hits end of stroke in either one or both directions of travel. The cushioning decelerates the piston, therefore reducing undesirable effects such as hydraulic shock loads, high internal forces, vibration and wear all caused by the sudden stopping of the piston rod. This allows for faster cylinder operation. Fixed or adjustable cushioning is offered to give the customer the flexibility to find the right cushioning whatever the requirement. 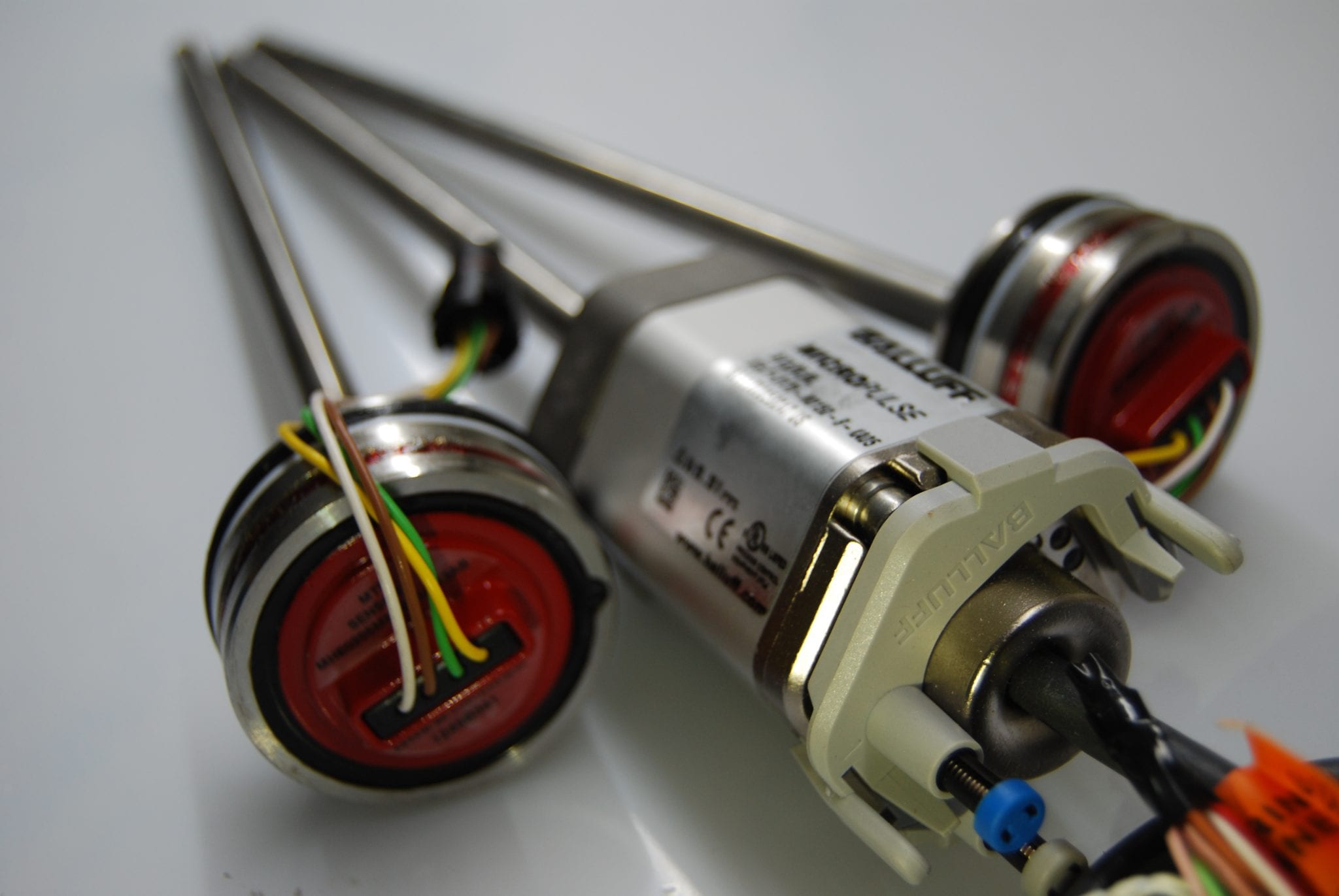 Linear transducers are electronic feedback devices that can detect the exact position of the piston rod at all times, which can be installed out of sight within the cylinder or mounted externally to allow for ease of maintenance. The primary function of the transducer is to allow the user to constantly monitor the position of the piston rod to provide the user with positional information for the equipment/machinery they are installed on. 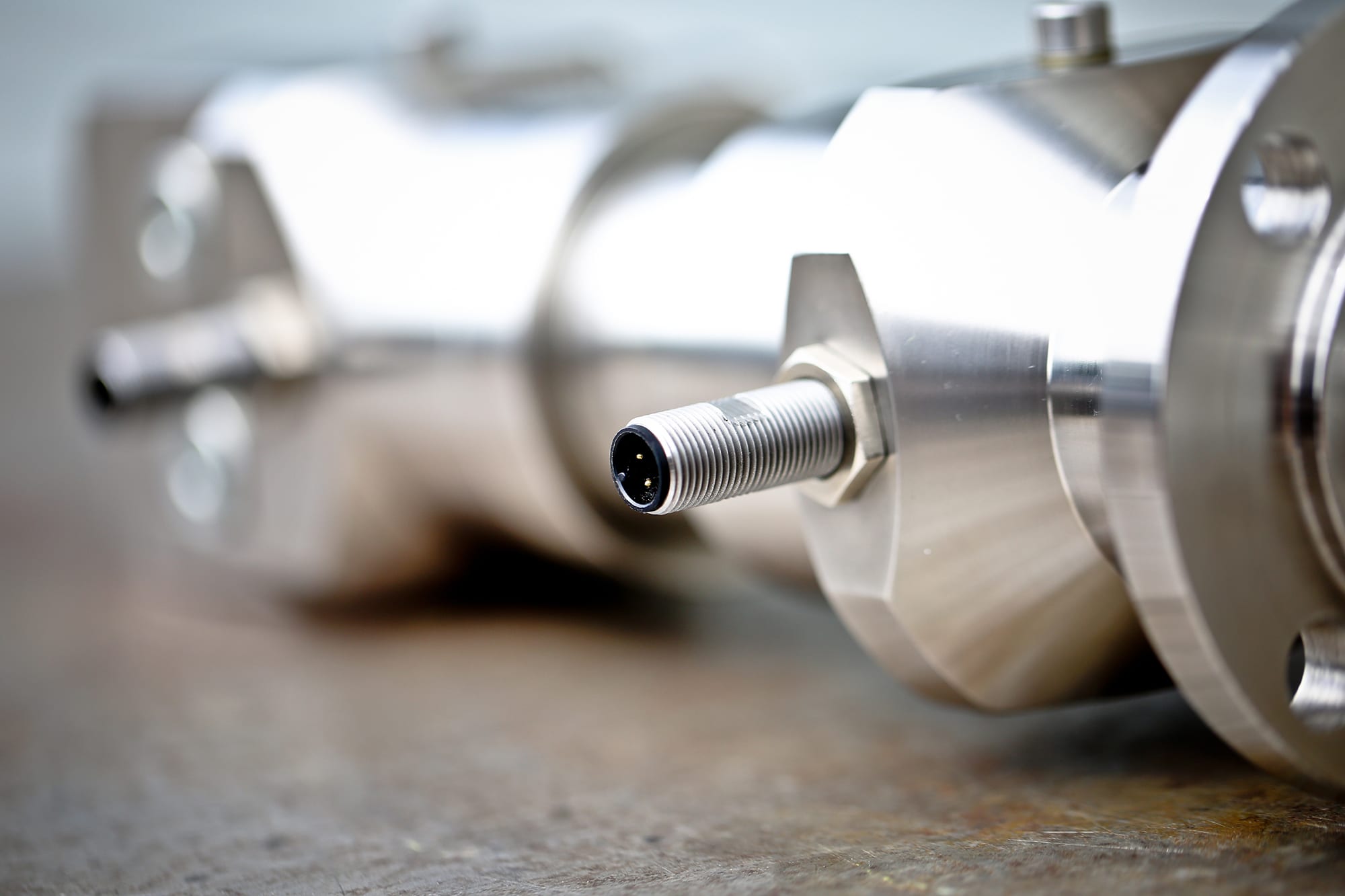 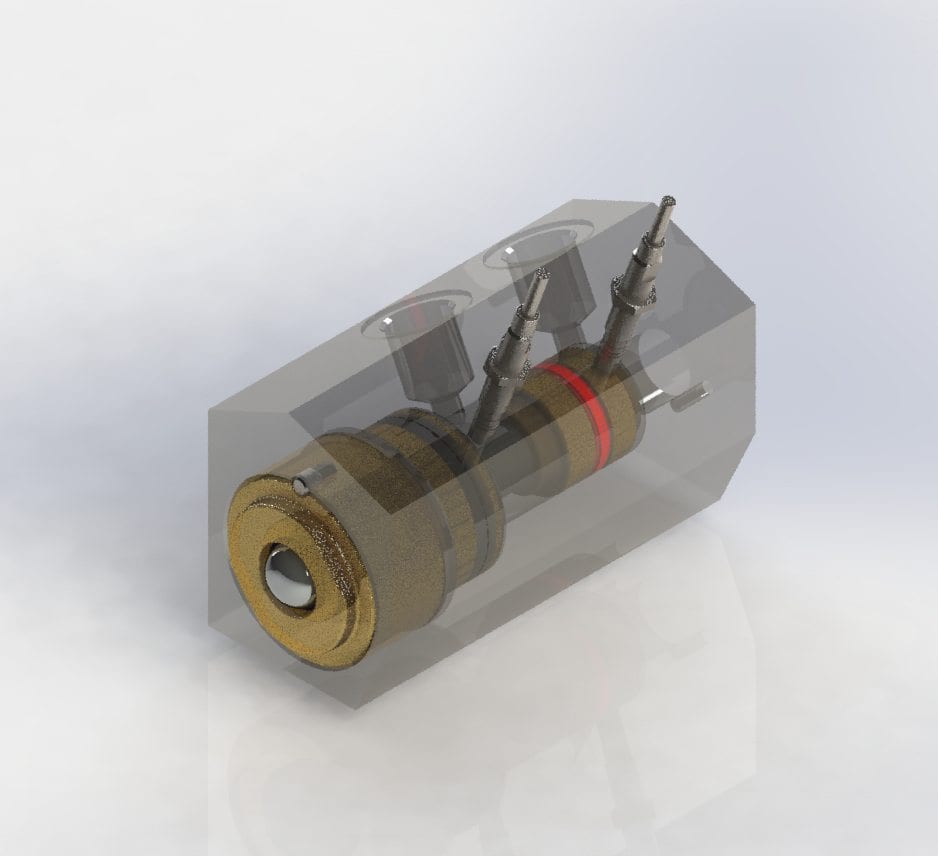 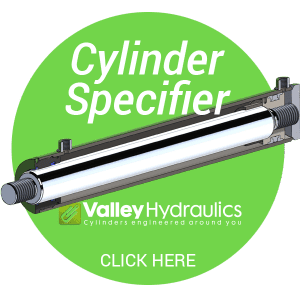